Health improvement is the main responsibility of Scotland’s third largest health board, NHS Lanarkshire. They needed content to help local people manage tonsillitis and encourage the use of warm salt water as a simple solution to keep tonsils clean and healthy.

Once commissioned, we met with the team at NHS Lanarkshire. We instantly identified that filming the inside of someone’s mouth is pretty disgusting and it would be a struggle to easily highlight the different stages of cleaning tonsils! After a quick internal meeting with our design team, we created a few concepts for a short, detailed animation to illustrate everything that NHS Lanarkshire needed to communicate.

Our design team prepared some storyboard screens to show the NHS team. Despite the fact they were initially set on filming people, when the team saw what we could produce as an animation they were on board right away. They were impressed, not only by the look and style of the designs, but also by the concept – a family, with the young son being our ‘Tonsil Toilet Hero’.

We then received a breakdown of the tonsil cleaning process from NHS Lanarkshire and our video and design team began to work closely to create the initial storyboard. The designs were the first stage of the animation process and allowed our video team to then manipulate everything required bring the characters to life. 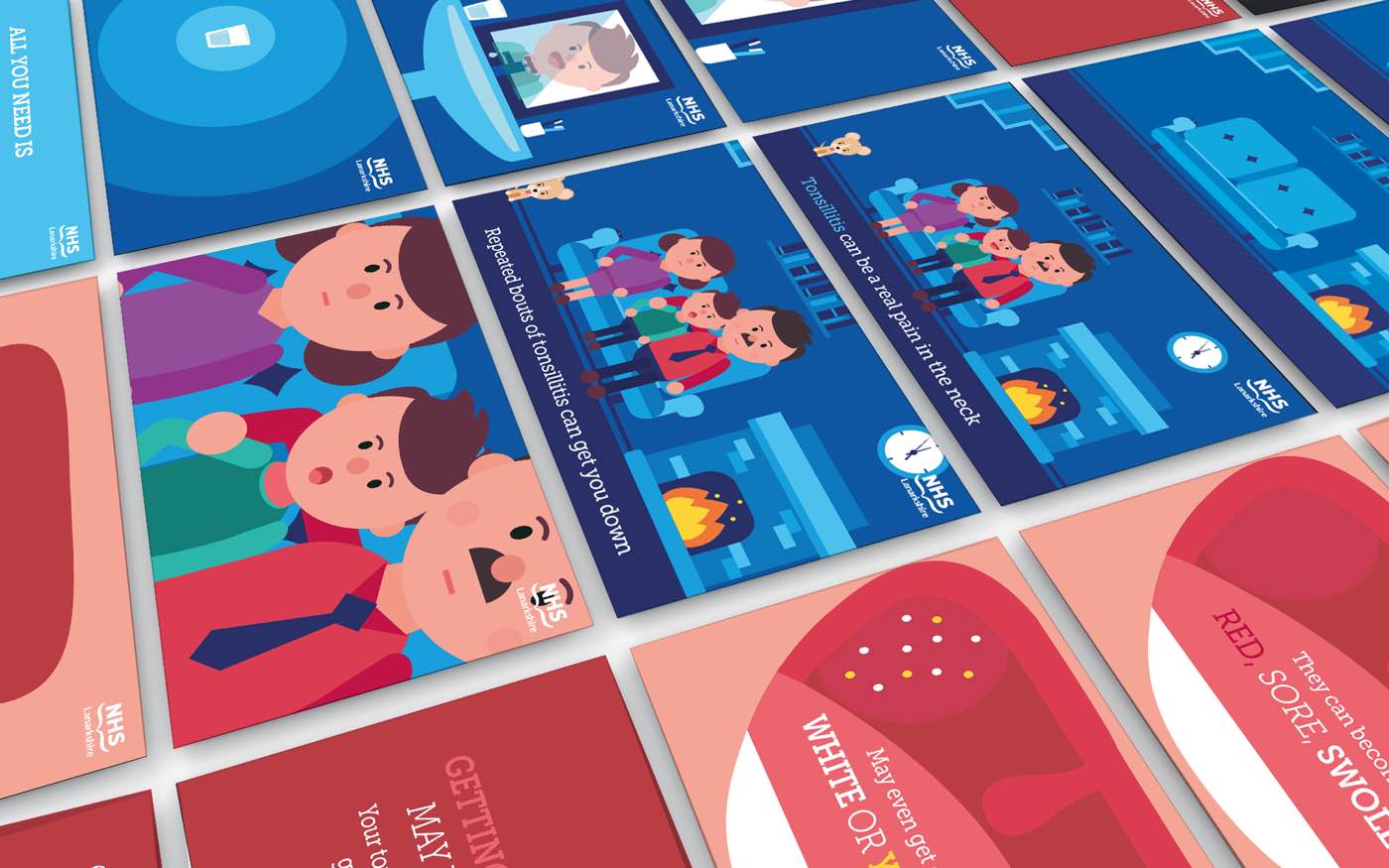 The animation clearly outlined the process of using warm saltwater to clean tonsils in a fun, colourful and engaging manner – a massive collaboration between our design and video teams at SNS Group.

Why not see what our Video team can do for you?