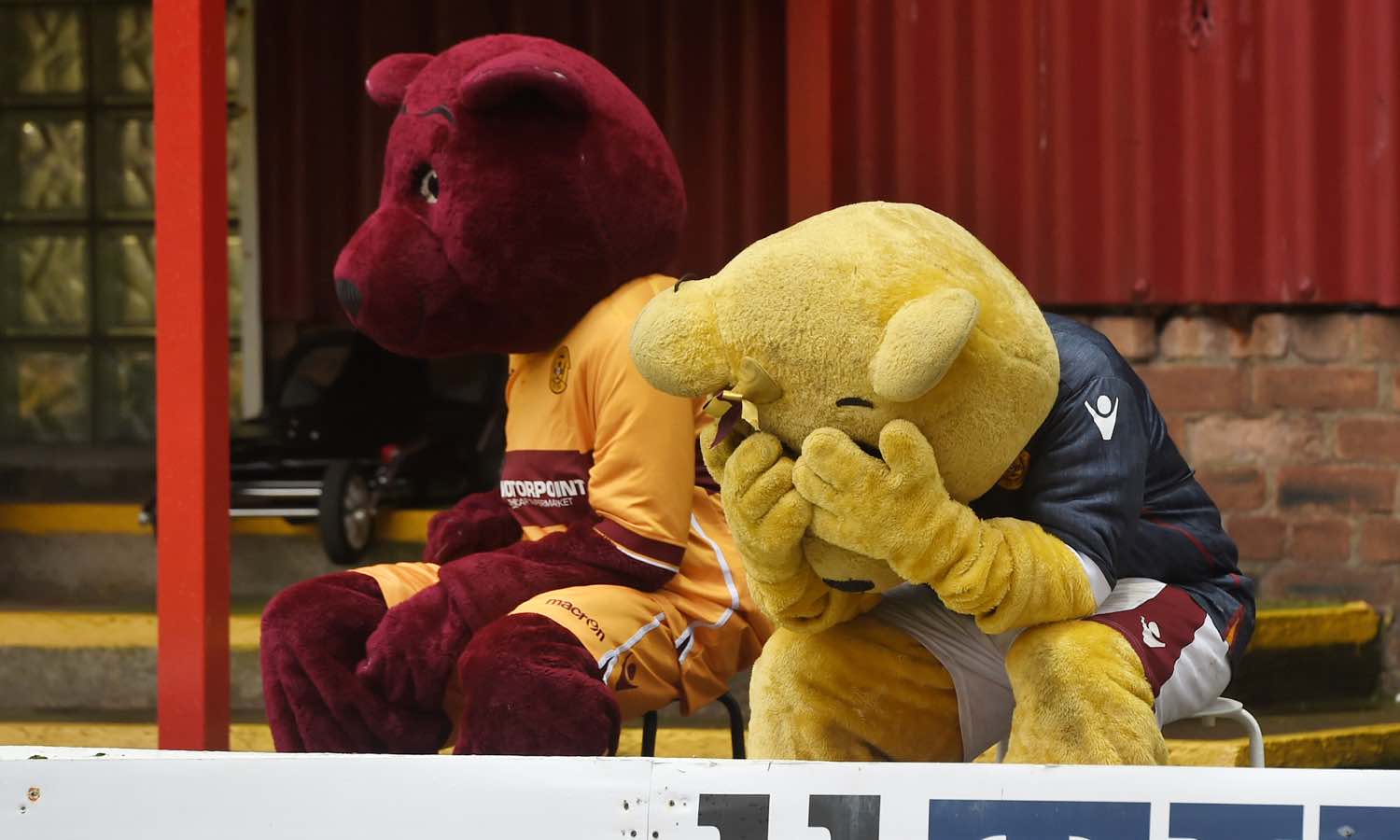 Well that’s another season over at SNS and there’s barely time for a breather before transfer silly season and the next campaign engulfs us once again. It’s been another fantastic ride for a number of different reasons, from Celtic’s Invincibles and their historic achievement to the Shettleston goalkeeper being sent off for relieving himself behind the goal.

And once again we’ve done our best to pay tribute to the weird and wonderful conundrum that is our Scottish game, by capturing the big moments and the unexpected (but now expected) nonsense.

1: Will the real Robbie Neilson please stand up!: One way to avoid a press scrum from the departing Hearts head coach, who left with the Edinburgh side sitting second in the league. 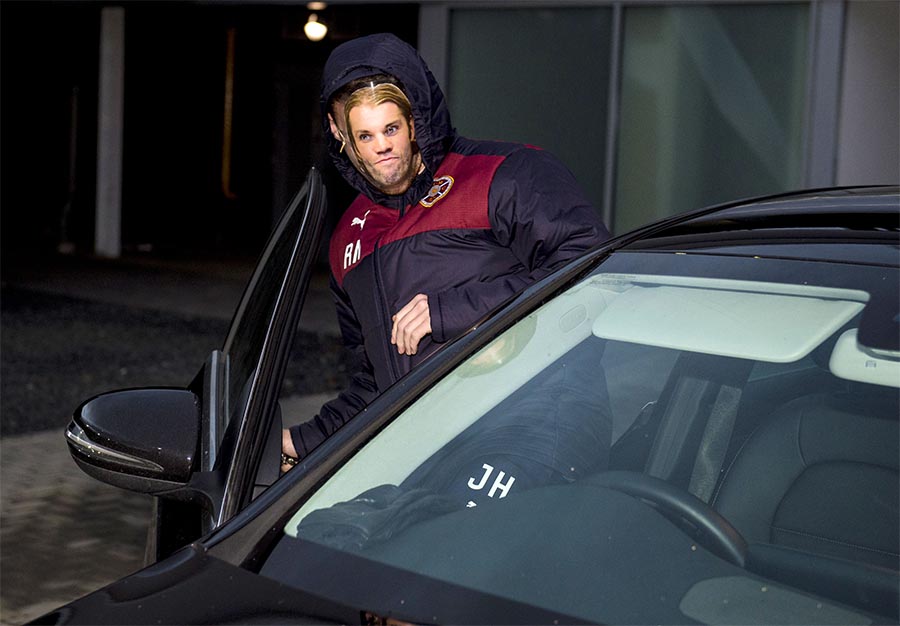 2: Iconic: …just about covers it. Surely the most striking celebration picture of the season, which pays a fine tribute to Aberdeen’s first win at Ibrox this century. 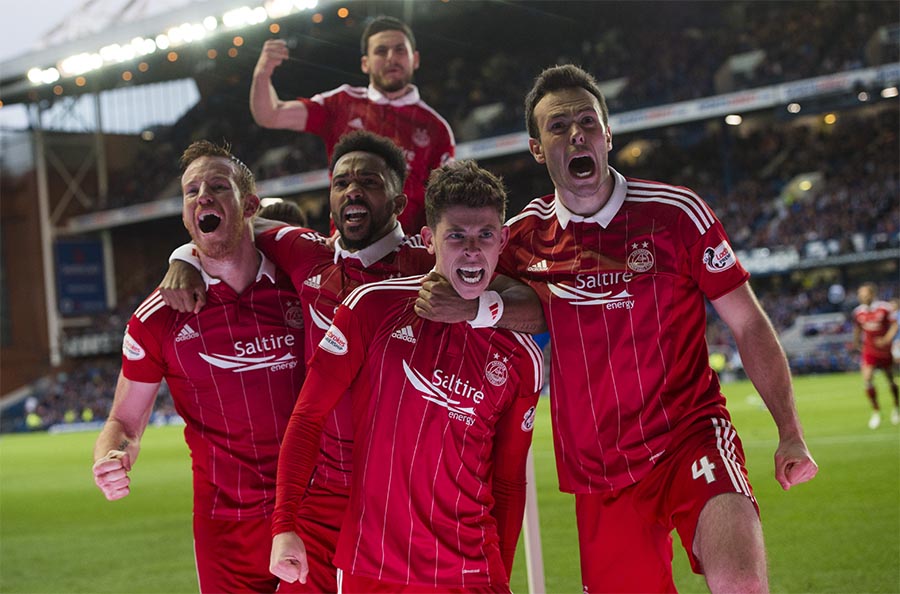 3: Pulling a sicky: Possibly a case of one too many on a Friday night for assistant referee Andrew McWilliam, who was seen throwing up on the side of the Rugby Park pitch. And he was shown no sympathy by referee Craig Thomson, who saw the funny side and flashed the red card. ‪#RefBantz 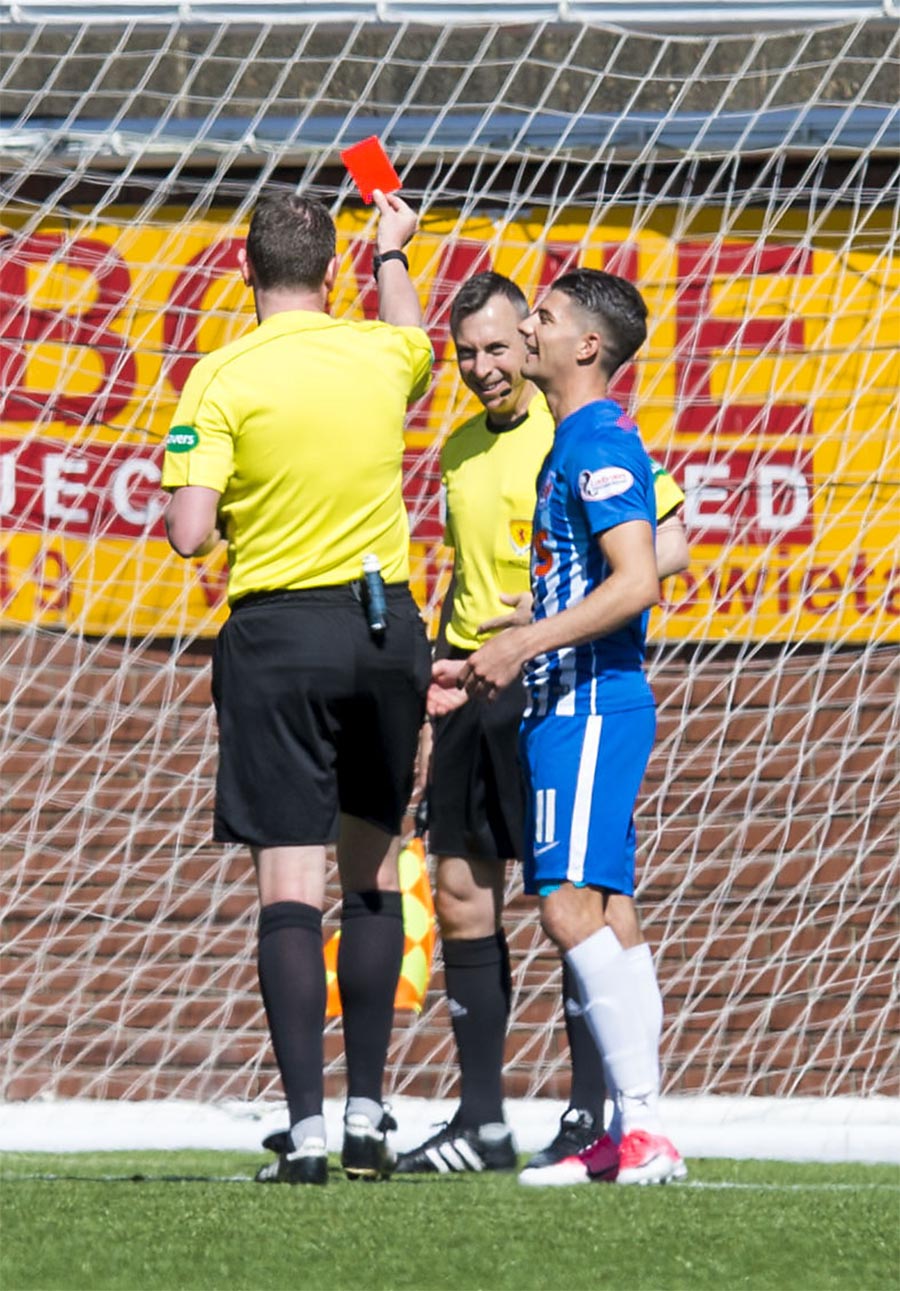 4: Magic Moussa: 25 passes, a rabona from a right back and a cool finish to complete the hat-trick…you can’t ask for much more! 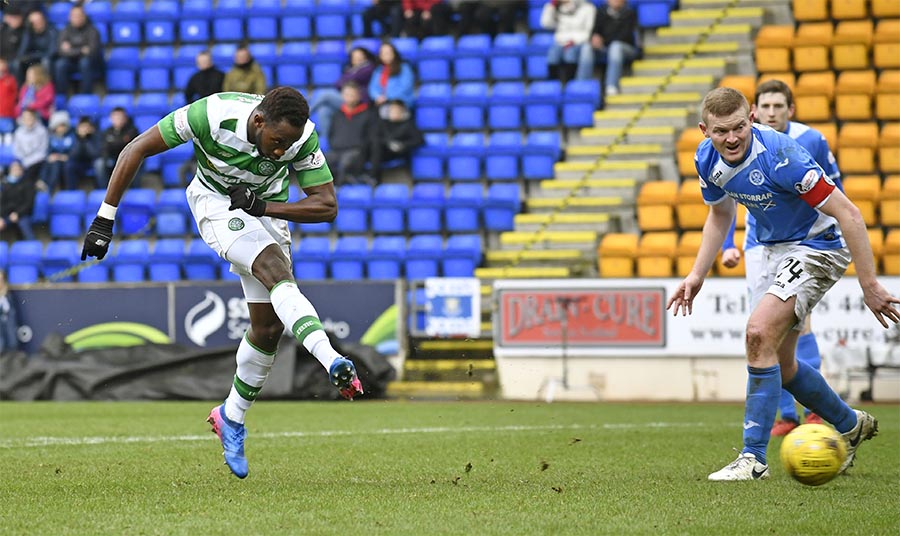 5: ‘Get that tae f…’: An alternative viewing of many people’s highlight of the season as Mark McGhee had a night to forget at Pittodrie. Gold. 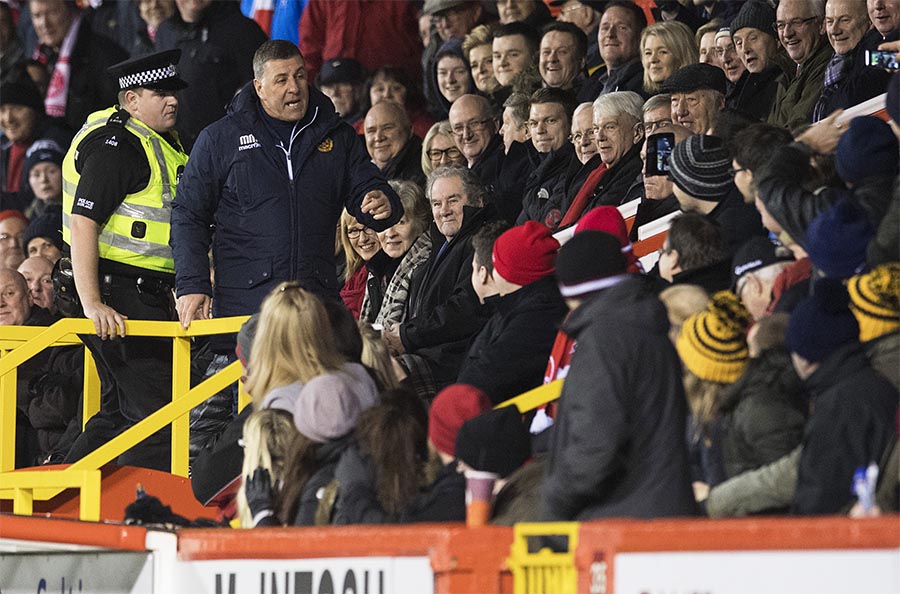 6: Ton up for Doolan: It’s been an unbelievable few months for Partick Thistle who secured their first ever top six finish since the split’s introduction. Firhill saw some fantastic moments during the campaign but none were better than the moment Kris Doolan bagged his 100th goal for the club during a 2-1 victory over Ross County which all but secured their top six statuses. 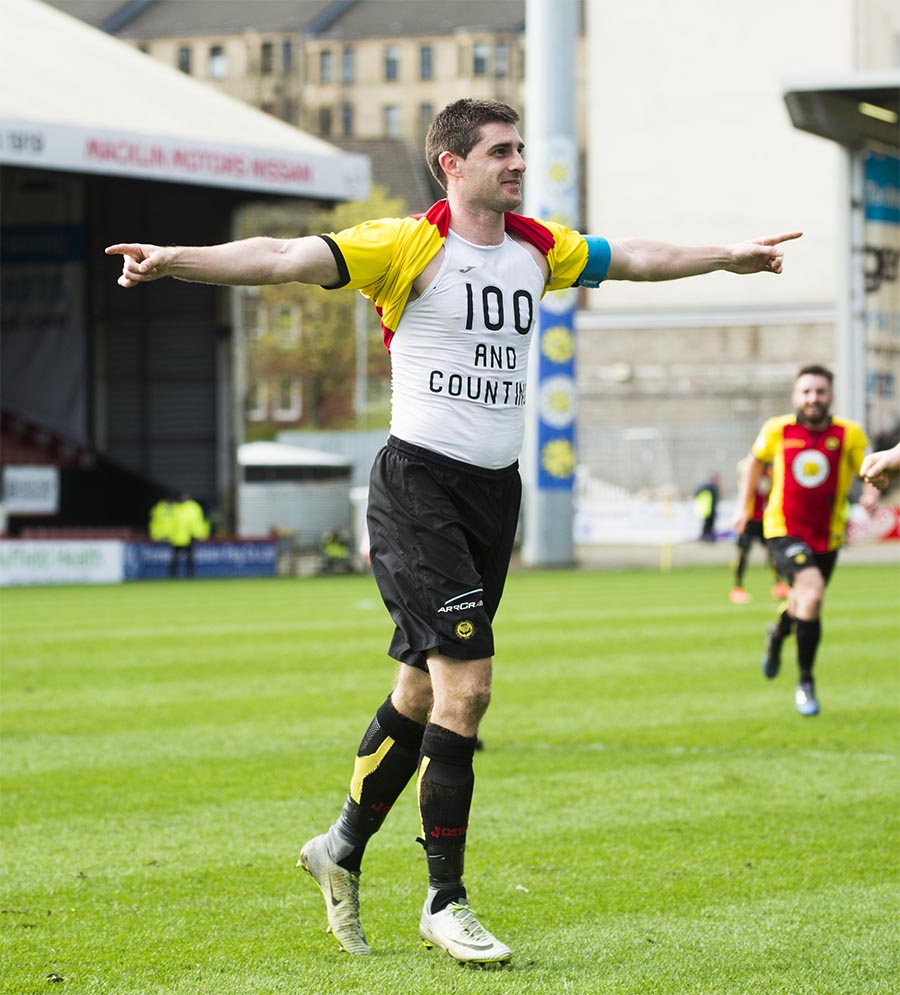 7: ‘Square Go Gate’: was certainly one of the more dramatic evenings of the season. An incident that will no doubt be filled under ‘Things No-one Likes To See’…but we all really do. 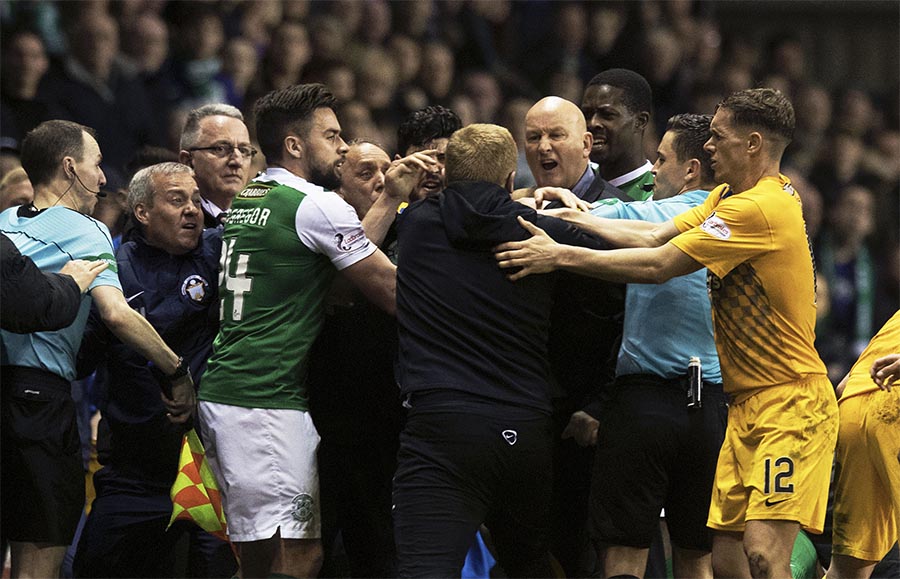 8: Passion: How’s that for a celebration? What a year it’s been for Celtic, but it could’ve been very different if they hadn’t managed to sneak past Hapoel Be’er Sheva in Israel. 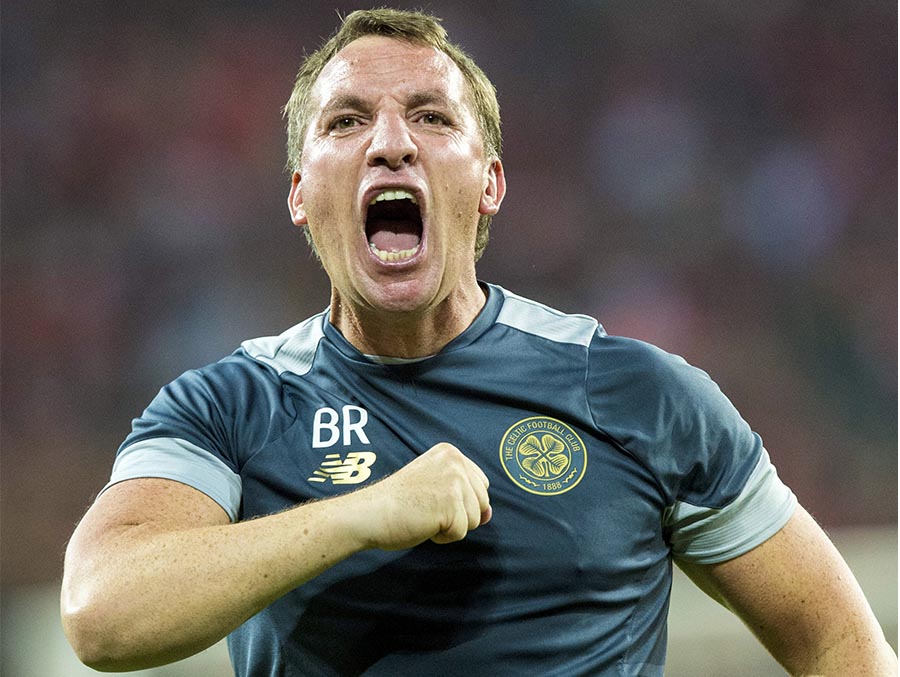 9: Barton Exits Ibrox: The Barton soap opera dominated the first part of the season – why always him? Joey had talked the talk but had to walk on out of Ibrox with his tail between his legs after playing just seven games…who’d have bet on that? 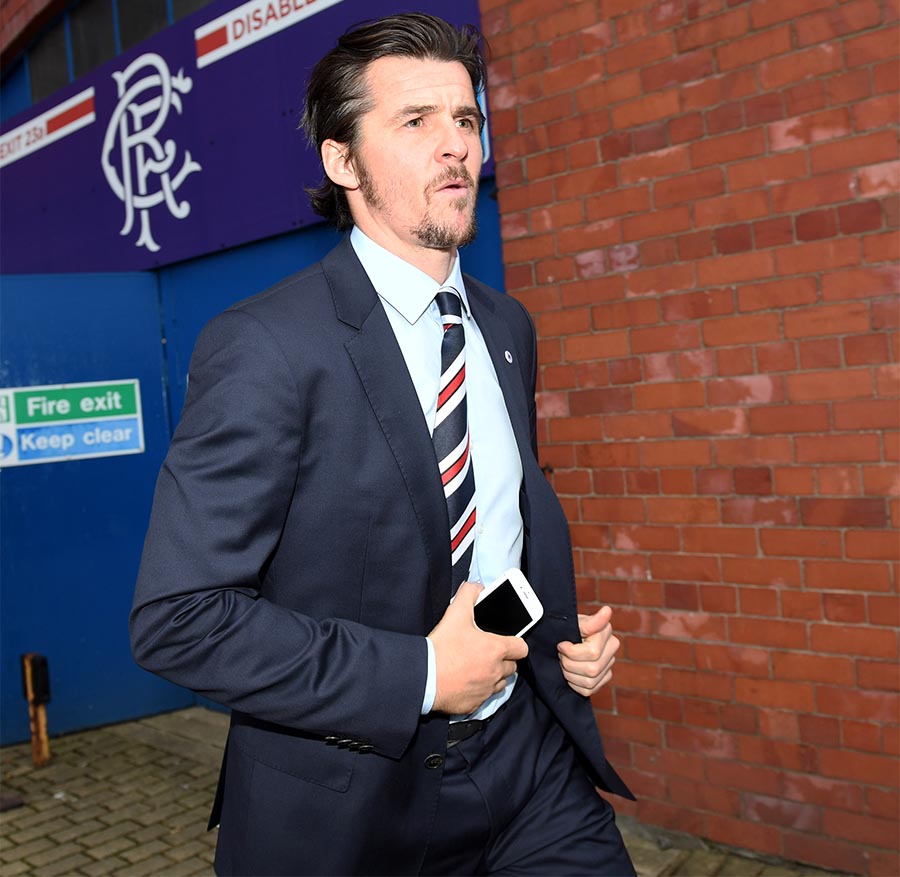 10: Pain Game: It’s not been an easy season in Lanarkshire and mascots Claret and Amber clearly aren’t enjoying themselves during their side’s 3-0 loss to Hearts. 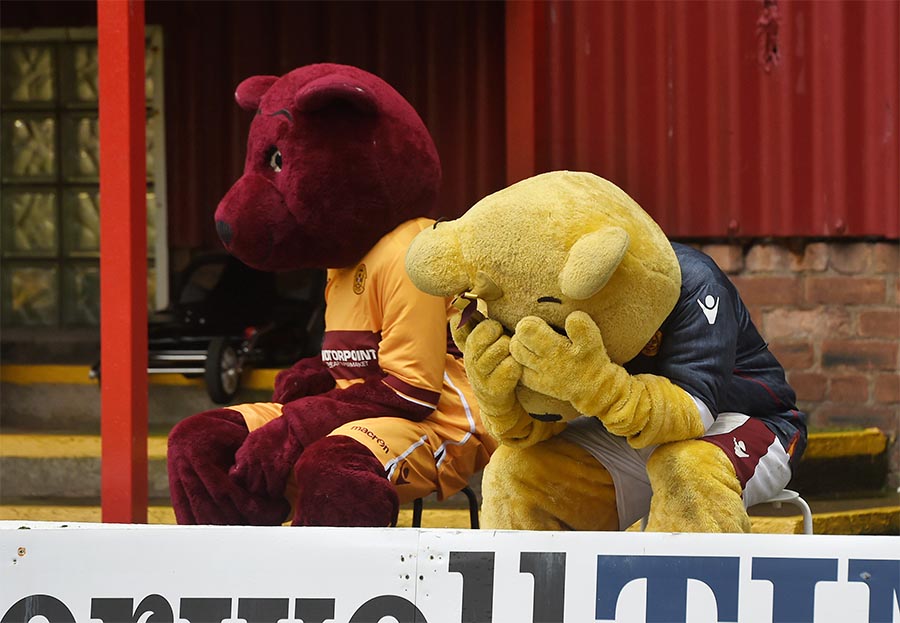 11: Goal of the Season?: Tannadice has seen a few crackers in it’s time but supporter Tommy McKay’s strike during their match against Dunfermline will live long in the memory. The impudent chip which was part of a halftime challenge was one of the highlights of the campaign and saw him given the Ladbrokes Championship Goal of the Month award for December. 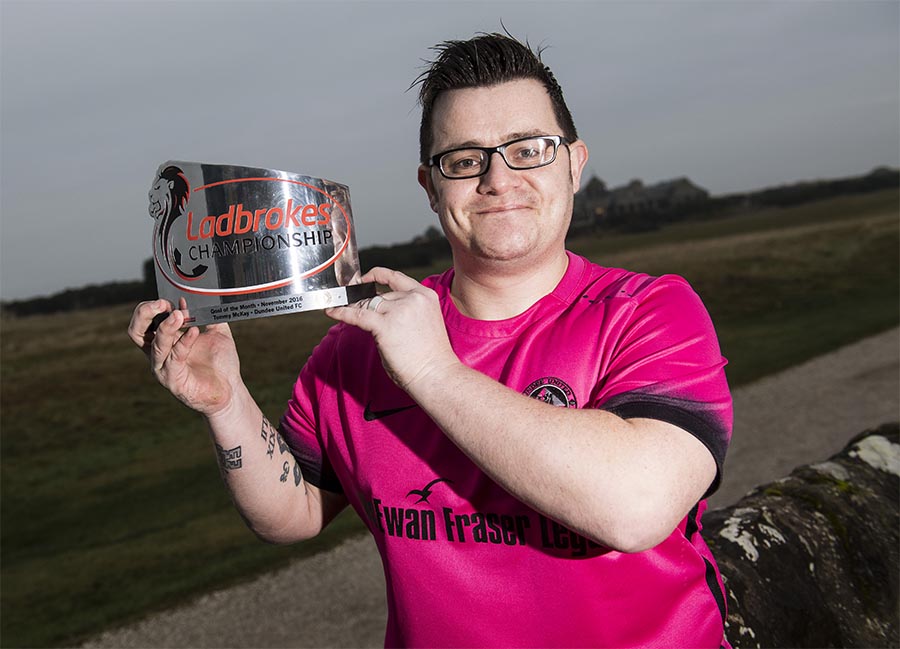 12: A New Era: A left field appointment, Pedro Caixinha received a raucous welcome as he stepped onto the Ibrox turf ahead of his first game against Hamilton. The right appointment? Time will tell. 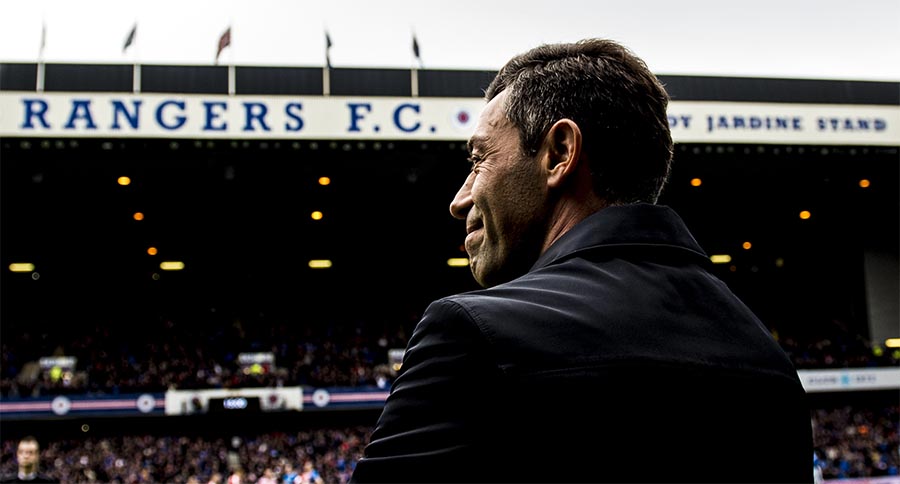 13: Luck of the Draw: TV Viewers were treated to a brilliant (if slightly uncomfortable) Scottish Cup draw from singer Rod Stewart after Celtic’s match against Albion Rovers. Who would have guessed what was going to unfold when he made such an understated arrival at the ground…Never change Rod! 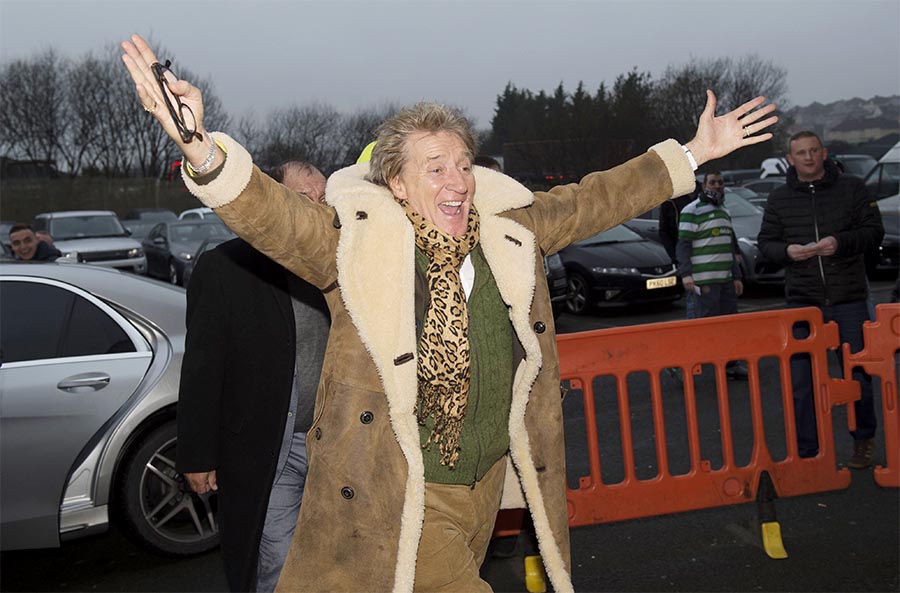 14: Staying down, down: Little surprises you in Scottish football anymore, but Wagner’s appearance at the SuperSeal Stadium for Hamilton’s playoff second leg against Dundee United certainly raised a few eyebrows. While he was the main attraction in the stands, it was Accies who had the X-Factor on the pitch as they secured their Ladbrokes Premiership survival. I’ll get my coat… 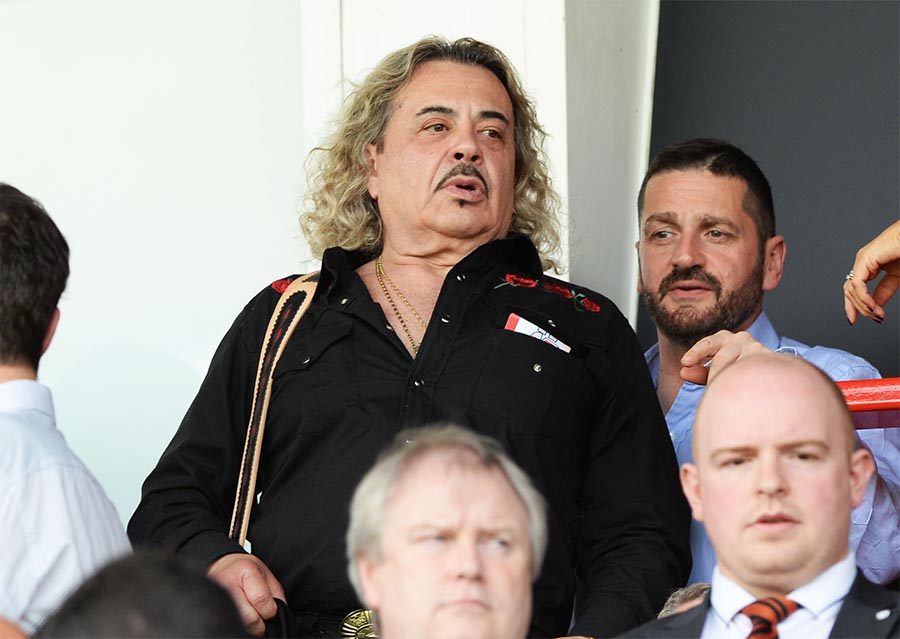 15: Invincibles: It’s only fair that the treble winners and history makers have the last word. The passion, the last minute elation and the backdrop of the emptying of the Glasgow sky make for a stunning image to cap an incredible achievement that may never be repeated. 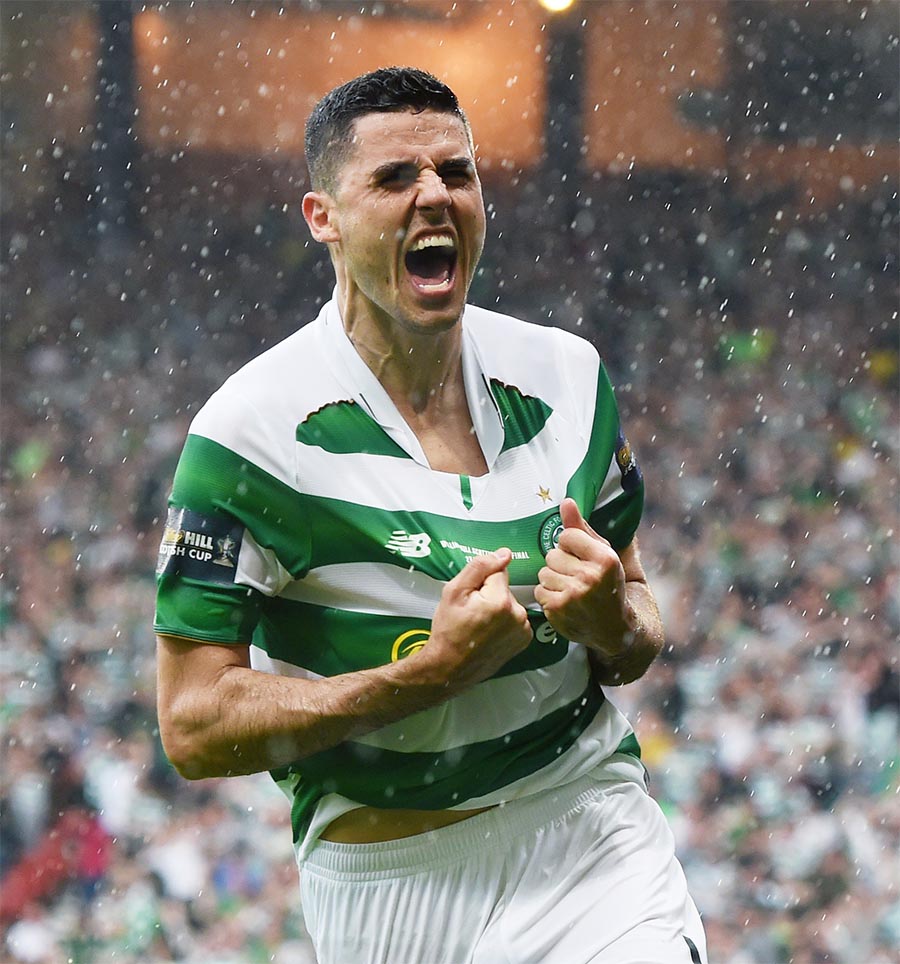