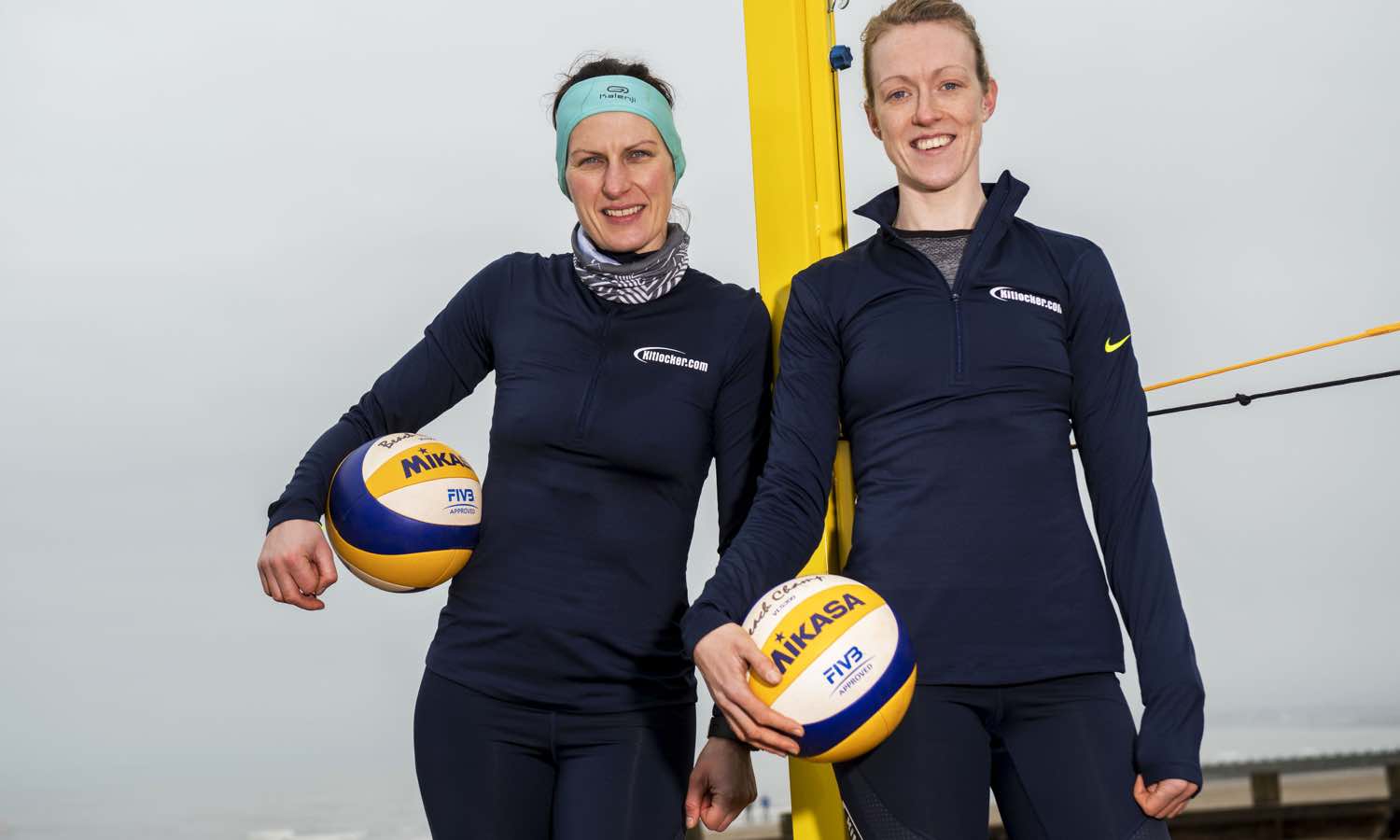 From East Lothian to the Gold Coast

On a bitterly cold March morning on Portobello beach, in the face of a harsh North Sea wind, it is safe to say the sun-kissed beaches of Queenland Australia seem a million miles away.

But for Scotland’s beach volleyball pair Lynne Beattie and Mel Coutts, it is the prospect of the Gold Coast, and the 2018 Commonwealth Games in particular, that drives them out in their thermals to the East Lothian seafront for 6:30am. 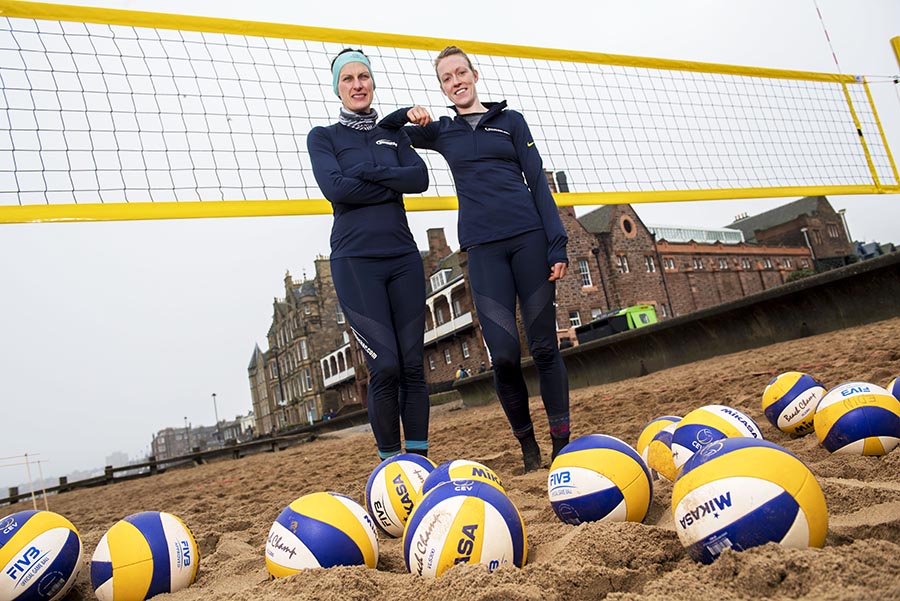 “It can be a torturous situation when it’s dark and it’s freezing,” says Coutts.

“You know you’re going to be cold initially until you get going. That does have its own challenges that’s for sure, but I think having a goal to aim for definitely helps.”

That goal is representing Scotland at next year’s Commonwealth Games, and being part of history by competing in the first games since beach volleyball was admitted as a Commonwealth sport. The pair are incredibly driven, and they would have to be to face the worst of the Scotland’s weather conditions every morning – and then go straight to work after.

Both Beattie, who has a role for the Scottish Volleyball Association and Coutts, who works for the City of Edinburgh Council, have no option but to work full-time jobs on top of their intense training programme. They are forced to squeeze in practice sessions whenever they can, despite the freezing temperatures and the darkness. Beattie explains:

“A standard morning is probably getting up at six and being down at the beach by half six. We train from half past six until eight and then we’ve got an hour from eight until nine to get changed and get ready for work.

“The coldest I’ve been when I got out my car is minus two so that’s probably been the low point but the start is the worst bit when you’re warming up.

“I’ll have three pairs of socks on because that’s the bit that really gets you when it’s cold and your feet get absolutely frozen.

“But through the winter the biggest challenge is probably the darkness. The cold is one thing but you can put on lots of layers though. We have to train in the dark before work, there’s really no other option.”

Whereas in other countries, players can train on purpose-built indoor courts – there are around 60 in the Czech Republic and over 200 in Germany – Beattie and Coutts are forced to train at Portobello in all seasons as there are no such luxuries in this country. And incredibly, up until a few weeks ago, they also had to dig and build their own courts every morning before practice. But Coutts prefers to focus on the plusses and believes their gruelling training regime can give them a mental edge over some of their other competitors:

“There’s no getting away from the fact that the training time is increased when you’ve got an indoor facility but we just try to look at the positives.

“We could focus on the negatives and get ourselves down but at the end of the day we are where we are.

“I think it’s our own motivation that we are not going to allow ourselves to be stopped by temperature or the elements, whereas I believe in Cyprus if it rains for more than three minutes they go and have a coffee!” 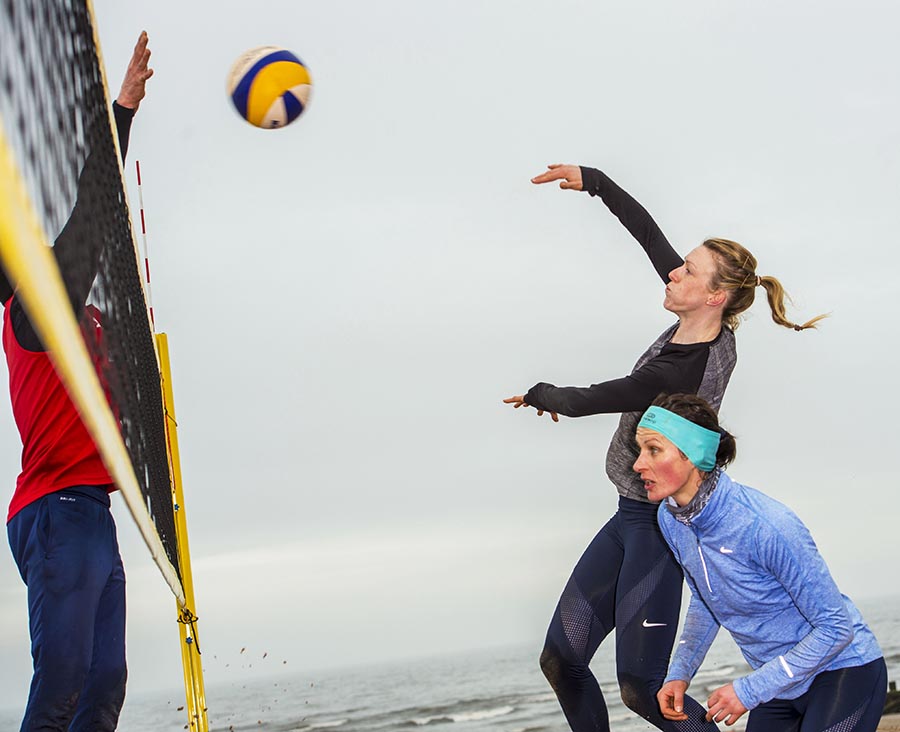 However, as well as testing training conditions, the pair also face an uphill struggle when it comes to funding as they have to pay for all the expenses out of their own pockets. And as their chances of qualifying depend in part on what competitions they can afford to travel to, they know finding sponsorship to help finance their dream is of vital importance. Coutts explains:

“It is a huge challenge. We have to pay for absolutely everything ourselves so we’ve been fundraising in different ways, seeking sponsorship.

“We’ve managed so far and we’ve got our trips booked but we are in desperate need of a little bit of finding support for ongoing plans.

“We’ve got our website and our social media”, adds Beattie. “So if there’s anyone interested in supporting us then we’d love to hear from them.

The pair have both enjoyed hugely successful careers playing around the world, and although they missed out on qualification for Rio two years ago, Beattie can look back on the incredible experience of captaining Team GB’s indoor volleyball team at the London 2012 Olympics.

“It was amazing,” says Beattie. “Every time you talk about it you have to pinch yourself to realise that it happened. From a young age I always wanted to compete at that level so it really was a dream come true, and to walk out as the captain was an absolute honour.

“To compete at home games with the crowd fully behind you in London was amazing. The place was transformed and it was very noisy.

“I mean, we were used to competing at maximum of a couple of hundred fans but we were competing in front of 15000 – most of them home fans too.”

Following the games, Beattie wanted a fresh challenge and has been competing with Coutts, a hugely experienced beach player, for three years now. As well as competing, both women are passionate about growing the game in this country and hope their success can encourage more youngsters to take up the sport. Beattie who, who combines her playing commitments with her role as a Regional Development Officer for Scottish Volleyball Association, explains:

“I’m a big believer in having something to inspire people and something for younger players to aspire to, so I think getting to the Commonwealth Games next year could have a huge impact when I start going into schools.

“Also just generally with the public, it needs that profile of TV and social media that maybe isn’t there right now so I think us reaching the games could have a huge impact.”

Her playing partner adds: “We’ve now got two courts at the beach which will also help matters because people will see it and see us on a daily basis.” 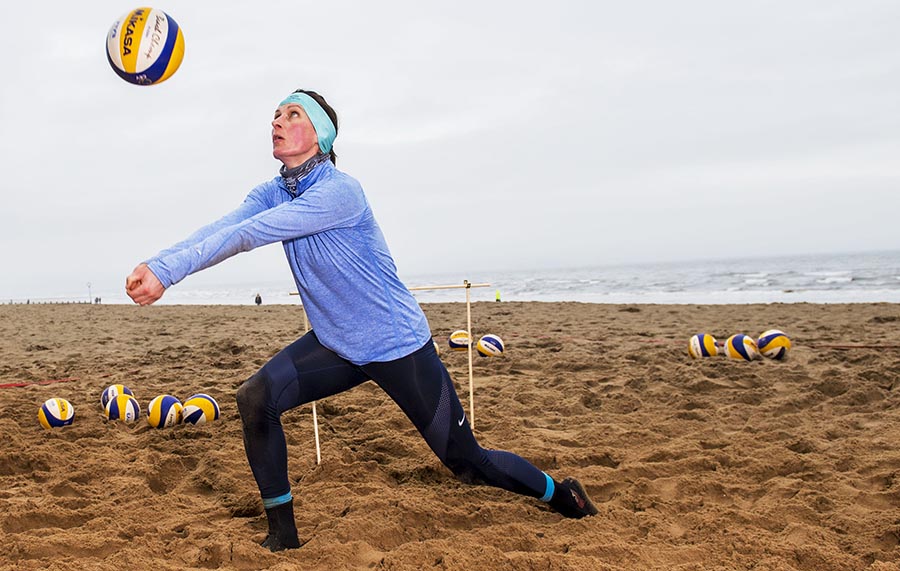 The pair achieved history in Sydney earlier this month when they became the first Scots to win a match on the FIVB World Tour, in an event which saw them begin a run of ranking events that will determine whether they qualify for the Gold Coast next year. They see their trip as a taster for achieving further success back in Australia next year, and a motivating tool to get them out of bed to face the tough mornings in the cold at Portobello. 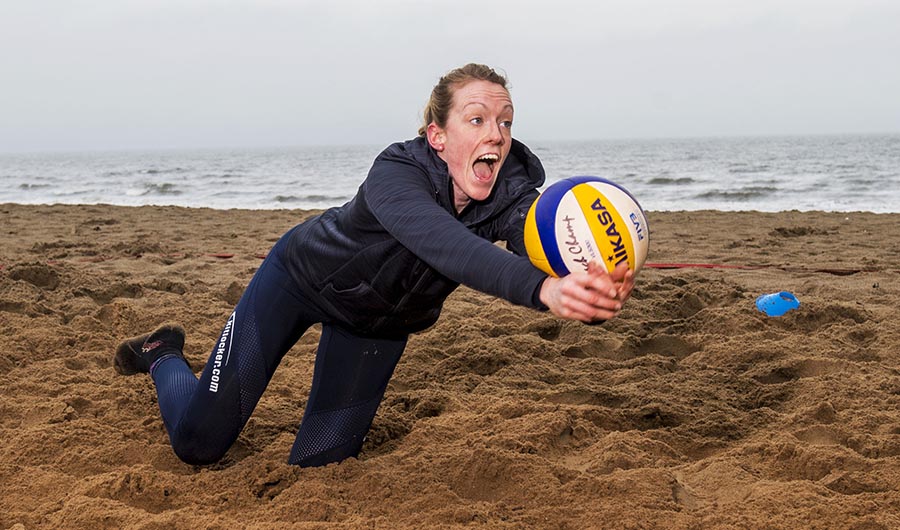 “Because of the expense and the level of competition there was a decision to be made about whether we went or not,” admits Beattie.

“But being out in Australia, almost the same time as we will be next year should we qualify, was a good strategy to have so we know what to expect when we get there.

“Myself and Mel are pretty driven and motivated people but to do what we’re doing alongside a full time job it certainly need something big and the Commonwealth Games are that goal we want to achieve.

“Without that end goal the cold mornings would be much harder.

“On the days where motivation is lower, that goal drives you on and keeps you going, and it will all hopefully be worth it in the end.”