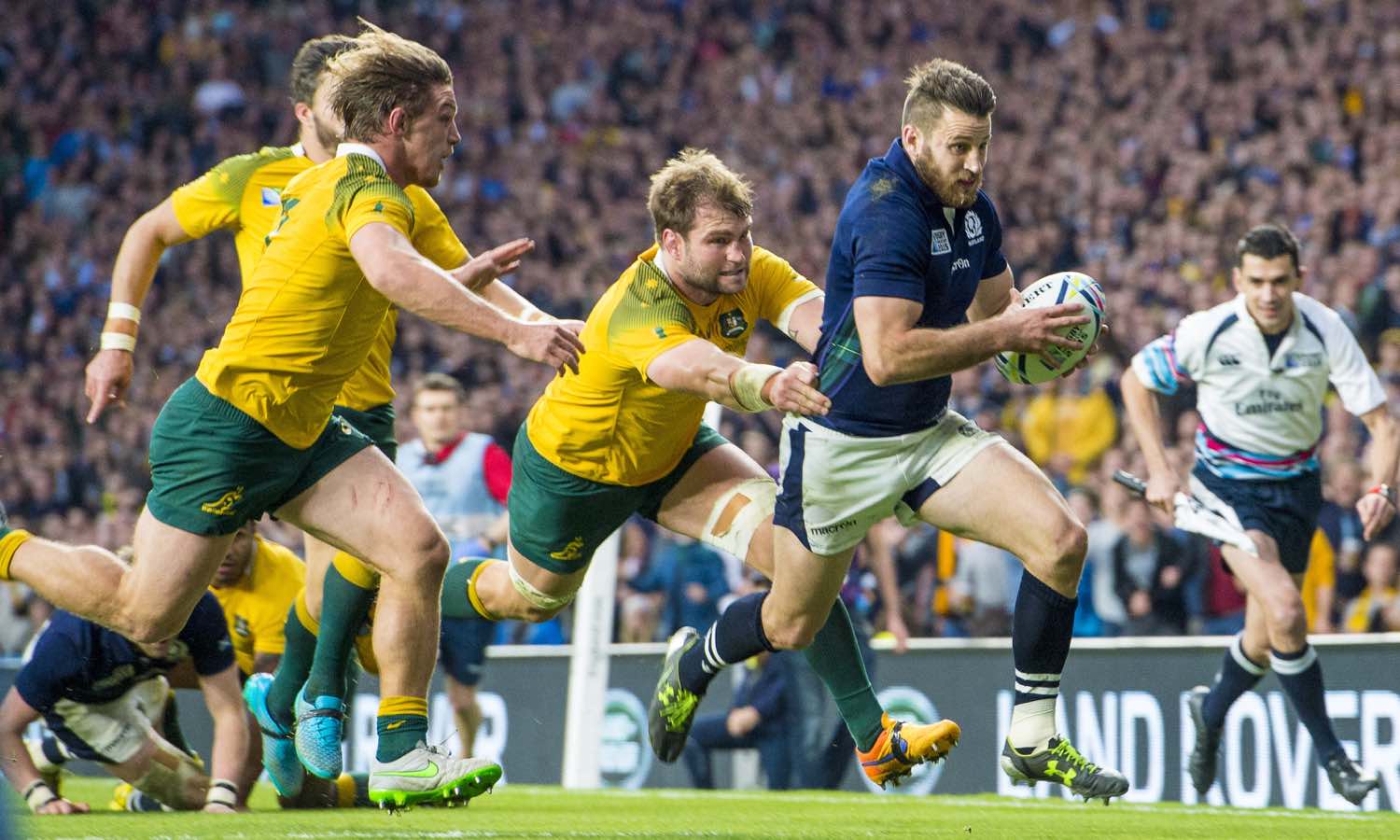 An Atmosphere Never To Forget

I’ve been a Photographer for around 9 years, and in those years, I’ve been to many events that I will look back and cherish.

A few stand out, Glasgow Warriors winning their first PRO12 championship in Belfast, the Commonwealth Games in my home city, and Scotland’s trip to Paris in the Six Nations for France’s first public gathering at a sporting event following the awful Charlie Hebdo attacks in January 2015.

But there’s one main event which I will look back to for good and bad reasons. It was on 18th October 2015, a Sunday I will never forget. The event I refer to was of course, Scotland’s 35-34 defeat to Australia in the quarter final of the Rugby World Cup.

The build up was calm, reserved yet optimistic. Australia had been impressive in the group, winning all 4 games and dispatching England and Wales on route to the quarter final at Twickenham. Scotland had been decent, slow starts in games but finishing games with real belief and gusto! South Africa had comfortably beaten us but we had dealt with challenges from Japan, USA and Samoa, with an impressive fourteen tries in their 4 group games. Scotland were scoring tries and were confident.

Scotland’s quarter final was the final one of the weekend, so we had already watched the very lively (and everyone’s second team) Argentina hammer Ireland 43-20. It was Scotland’s turn and we knew we had a go at Australia, to have a one off, semi final against Argentina for a place at the World Cup Final.

We had two Photographers at the game, myself and my colleague Bill Murray. The coverage started as it had for all of the RWC games, Bill would shoot some fans and colour, I would focus on the players, management and staff. Although I got a tip from a friend in the Twickenham Photographers room telling me that there was a royal visit from Price Harry (arriving by helicopter), he told me where to be and when to be there. I managed a few frames along with a  few more celebrity fans heading in the main gate at Twickenham.

Trying not to admit this was a huge game for me and Bill, just dealing with it as another game of Rugby, we dealt with all the pre match stuff and the teams emerged. The travelling Scottish support was in good voice Bill and I got assigned our positions. Bill far side corner, me nearside corner.

The teams came out the tunnel, I managed to bank a decent position for a nice frame of this, led by their captain Greig Laidlaw. I was waiting for my favourite part of the game, the anthems. I love shooting the anthems, I love hearing the boys roar out Flower of Scotland, it always sends shivers down my spine, and that day was no different!

77,110 people took their seats and the game began! Australia got off to a decent start, their driving maul forceful. This isn’t a match report but we were competing. The first half came and went so quickly, Australia looked effective but Scotland were tenacious and Laidlaw’s boot was extremely reliable. We led at HT and we began to dream of that semi. A quick change of end, wire some more action pictures, along with Laidlaw’s kicks, Peter Horne’s try, touch base with the picture desk and the second half was in full flow. Australia were probing in the second half, they looked excellent at the breakdown but we were defiant, two more tries from Australia in the second half were cancelled out by efficient kicking from our captain and a brilliant try from Tommy Seymour after excellent work from Finn Russell. We were entering the final ten minutes and a moment I will never forget. All of the Photographers in my corner (probably around 30) were enjoying the game when all of a sudden the rain came from nowhere. We were all scrambling to get waterproofs on our cameras, and our Gore-tex on when Mark Bennett intercepted a poor pass and ran beneath the posts unopposed! There was 6 minutes left and we were up! We were now beginning to think of that semi against Argentina, well at least I was!

What happened next was one of those heart breaking moments in sport, drama of the highest order. We lost a lineout and and Australia were awarded a penalty. It was a cruel, cruel moment in our World Cup, one which was strongly disputed from players, to officials to everyone with an opinion on social media! I tried not to focus too much on the negative, at the moment it was hard, but I rather wanted to focus on our performance- Laidlaw’s flawless kicking performance rather than Joubert’s flawed officiating performance… I’m not bitter.

After the game, it was the worst I’ve felt covering Scotland’s rugby team. Defeat despite 34 points against Australia, the most we’ve ever scored against them. I had travelled with them from their high altitude training camp in Font Romeu to all of their warm up games in Italy, France and Ireland to this moment in history…

The rain was heavy and it couldn’t set a more poignant scene.  The players applauded the fans, and did a full lap of honour which I followed them around on. This was the one part of my job I didn’t enjoy, photographing the boys with tears in their eyes, dejection, thanking the fans and families for their support throughout the campaign.

After the game, our captain Greig Laidlaw was frustrated and upset:

And with that, Bill and I packed up our stuff. After 35 nights on the road, it was time to home. That evening in the Photographers room was a frustrating one. I got to know a few of the Photographers, each one of them coming up to me after the game and offering me condolences like I had lost a friend. That didn’t matter, I just wanted out of that room and away from the stadium. That was our chance, but we had been denied a go at ‘Los Pumas’ by a frustrating decision.

Moving on though, it’s one year on. We’ve had a promising Six Nations campaign and two wins in Japan, I’ve been at all the games, and I now look forward to us facing up to Australia again in the Autumn Internationals. There won’t be any bitterness on my part, it’s another game and hope we have the same fight and spirit we showed in Twickenham last year, Vern Cotter our Head Coach said after the defeat: “They didn’t let go. They kept believing”.  I trust that will be our goal and motivation for this exciting and quality group of players.